Kirk Talley, Ray Boltz, and me 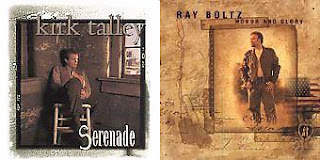 Southern Gospel singer Kirk Talley made news in 2003 when after being the target of a blackmail attempt, it came out that he was gay. He had been chatting in a gay chat room and a man recognized him and tried to blackmail him. Instead of giving in to  the blackmail attempt, Kirk went to  the FBI and the result was the world found out his secret. His CDs were immediately pulled from Christian bookstore shelves, and he went through a living hell.

Singing News Magazine, a well known and long running Southern Gospel music magazine immediately stopped any advertising of him, and to my knowledge never again mentioned his name in concert advertising... even when he was one of many. Yet the same magazine had no problem with advertising groups that had members caught in adulterous relationships. To my knowledge, Kirk Talley has refrained from sexual activities with other guys, and anything relating to it ever since that incident.

In 2008, Christian Contemporary singer Ray Boltz announced he was gay, and with his wife's blessing, he was going to pursue life as a gay male.... which he has been doing since, all the while claiming to still be a Christian. His music has taken on gay themes, and he often performs in gay affirming churches and venues. He believes since he prayed so long for God to take away his attractions for other males, then God is OK with him being gay..... and obviously also OK with him forsaking his wedding vows so he can fulfill his sexual desires for other guys.

I still have the Ray Boltz CDs that I owned previous to his drastic lifestyle change. I enjoy the music, especially his Christmas CD, and I see no reason to throw out what he recorded before he walked away from God to live for his own desires. Kirk Talley....... I had gotten rid of my CDs of him long before the news came out about him.....I just got tired of his singing. Some people sound better in a group than solo :) - but if I had still had any, it also would not have caused me to throw them out. 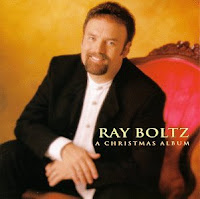 There are a couple of extremes in the church today regarding this issue. On one hand, you have the conservative/evangelical/fundamentalist who still believes that homosexuality is wrong, and many of them view it as the worst sin and react far from loving in regards to anyone who is gay or dealing with the issue in any way. On the other side of the issue you have the ultra liberal Christians who have decided that the Bible doesn't really condemn homosexuality, especially loving gay relationships. They don't believe God would be so unfair as to condemn it as a sin, and they consider anyone hateful and bigoted who dares to stand by the Bible view of sexuality.

There is one thing that the more conservative churches and the ultra liberal churches do alike on the issue of homosexuality: they make it a special case. Many conservatives make it out to be this horrible sin and hurt, damage, and drive away some of the very people they could be helping and loving with their extreme and fearful views of this sin. The liberal churches have decided that of all of the sins in the Bible, God is OK with just this one and doesn't really mean what He says about in His Word. 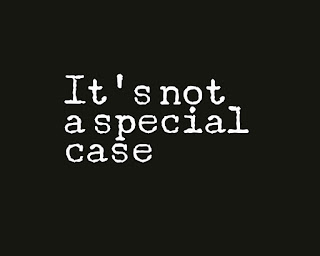 Given the amount of conservative Christians who ignored Donald Trump's promise to further gay rights and his waving of a gay rainbow flag saying "LGBQT for Trump", maybe there are more conservatives starting to consider it not a big deal. I don't know. And yes, I went there.

I believe the church needs to be somewhere between the two extremes.  I have said it before, and I'll say it again: it is torture growing up in the church, sitting in the pew and carrying this secret struggle. There are some churches where a person with SSA would be ostracized and/or asked to leave the church - it has happened. Thankfully, it hasn't seemed to have happened with me in my church....... though I did just miss a whole month of church other than this past Sunday night, and only my pastor, his wife, and my Sunday School teacher missed me....so maybe I am a pariah after all.....(though it seems less dangerous to be SSA than it is to be #nevertrump among my Christian friends). Yeah... I went there too :)

I believe the church has a lot of improvement to do in this area. I would love to see the day come that boys, girls, men, and women in our churches that have attractions to the same sex don't feel they have to hide it. I wish that more felt comfortable coming forward and saying "This is my secret, my struggle. I need prayer, love, and acceptance.... not of any sin, but acceptance of me as a person worthy of love and friendship".

I'll be honest. It isn't easy to talk about this.....well, I have gotten to the point that it is.... but it took me years to get there. Growing up in a very conservative church,  I had no idea how people would respond. As I have mentioned in other blog posts, there were a few times when people in my church made some very cutting and un-Christian comments about gay people, and I heard my share of jokes and mocking comments over the years.

The reality that many conservative Christians don't realize, or possibly do not want to realize is that we all know people who are dealing with same-sex attractions on some level. We are everywhere. We are your brothers, sisters, parents, grandparents, friends, best friends, sons, daughters, grandchildren. spouses, pastors, coworkers.....  Sadly, there are many people in our churches dealing with SSA who will never tell anyone. Some will stay single and celibate, fighting a battle all on their own for the rest of their lives. Others will live a double life: Christian who has it all together when around others, and a secret life of one night stands and multiple sexual encounters. Others will walk away from the church, driven away by the hateful rhetoric of those in their church and family, possibly never to return. Others connect to a gay affirming church and live a life that will end in hell, encouraged  and helped there by other Christians in the name of love and tolerance.


I've asked it before, but it bears repeating. If a friend or family member told you they were attracted to the same sex, how would you react? What would you say? Would they walk away from that encounter hurt and discouraged, or would they walk away knowing you love them no matter what and will do anything to help them deal with this very tough thing? Are you the type of Christian that a person dealing with SSA would approach to confide in without fear, or would you be on their list of "no way"?

I started this blog post out talking about Kirk Talley. A couple of years after his very public outing, he recorded a live concert. On that CD he related a story that I have shared a few times on my blog, but it also bears repeating, so I am sharing it again:

There was a young man who played guitar in the worship band for his church. He met with his pastor and confessed that he was attracted to other males and needed help and prayer. His pastor promised to pray for him, and they parted ways. At the next service at that church, the pastor told about it from the pulpit, turned to the horrified young man standing on the platform behind him, and told him to leave his church and never come back....... that "his kind" were not welcome there. 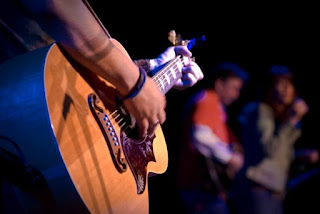 I don't know what happened to that young man. My heart breaks for him and others like him who have been hurt by Christians and the church. I hope and pray he didn't walk away from God when he walked out of that church. I  hope he found a church where he could be loved and receive help.

As I related that story here, a thought came to me that I never had before when thinking about it: what was the reaction of the congregation? Did no one speak up in the young man's defense? Did no one call out the pastor for his horrible words and actions?

And a better question: what if that happened in your church? What would you do? Would you silently agree and think "what a queer, we sure don't want people like him around here." Would you disagree with the pastor, but stay silent? Or would you stand and call him out, even if it meant you yourself may have to leave the church?

I believe the conservative church needs to do a better job of addressing this issue and of reacting to it. My church runs around 230-250 most Sunday mornings, and I know of three people who deal with SSA. Myself, a young married guy, and a third person who I don't know  the identity of. In a church that size, I would be surprised if there were not more. I have sat in my church before and looked around, wondering who else may be sitting in the shadows carrying this secret.

May we be the kind of church and the kind of Christian that people won't feel the need to hide in the shadows, but will feel comfortable and confident to come out of the shadows and get help. It is what the church should be all about. 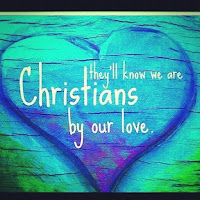