Thoughts on guns, violence, bullying, and messed up kids 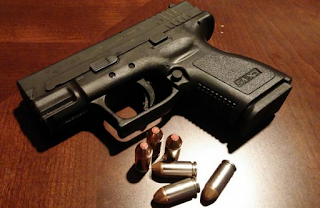 Another tragic school shooting has happened, and as usual the liberals/gun rights hating crowd is blaming everyone but the shooter. Why blame the shooter? What sense would that make? Nah, it is the fault of the NRA, Republicans, the gun manufacturer, and even Trump. (still not a Trump fan, but his fault...really?!)

The reactions of the liberals is always so predictable that I could almost write their reactions ahead of time. It is pathetic. They can't wait until the bodies are cold before they are crawling atop the bodies, screaming for more gun control, and pointing fingers at everyone but the shooter. I even had a more liberal friend (sorry if you read this) post that she doesn't want to hear thoughts and prayers, but policy change.

But do we really need more gun laws? Many experts say that if we kept the laws on the books, that would be enough.

And ironically many of those screaming the loudest and pointing the most fingers have guns, or people protecting them with guns......i.e. celebrities and politicians. Really, should Nancy Pelosi or Ashton Kutcher have any more of a right to be protected by a gun than I do? NO! Absolutely not.

I did a first today. I bought a pistol. I filled out the paperwork, and had a background check. I have wanted to get one for a while, and that is what I did with part of my tax refund. Up next: a safety course. Sadly, there are many people who would be against my having a pistol. 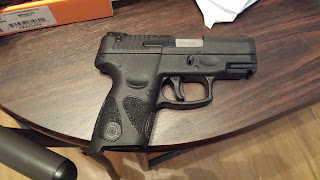 I posted this on Facebook yesterday, and surprisingly did not get any backlash. I'd like to expound a bit on it:

Maybe. ....just maybe if we had not kicked God out of the schools and everywhere else atheists and liberals have succeeded in doing so.....and if we had not made life seem so inconsequential with abortion. ....we wouldn't be having these school shootings.

They didn't happen years ago. Guns are not the problem. Godless people have undermined the sanctity of life and helped our country move even further from God and good.

Guns haven't changed. People have changed. Want school shootings to stop? Put God, morals and values, and anything else good back in schools and the government. Stop letting Hollywood dictate our morals and beliefs. Keep families together.

I am a very big proponent of Christian schools. I am 100% against public schools, and am not a fan of home schooling - an admission that just about requires being put into witness protection........ :) If had kids and there was no Christian school near me, I would home school as a last resort over public schools. That said, there needed to be more overseeing when I was in school.

My parents were backslidden until I was 11 1/2 years of age, but still had us kids in a Christian school all 3 of us attended K-12. We had no TV after that time, and I grew up in a home where my parents loved each other, our family ate supper together - except when my dad worked afternoon shift. My parents always knew where we were, and we didn't wander the streets unchecked. Of course I never had friends, so there was that.

I was bullied a lot in school, especially in the grades 6-9. Unfortunately for a Christian school, good Christian kids in the higher grades were a rarity. Add to it that I was quiet, was terrible at and uninterested in sports, and I may as well have painted a target on my back. I was forced to play sports I didn't like or understand for gym class, and was the kid no one wanted on their team. Many times when the teacher left the class room, it became bully  Mark time. I had kids waiting to shove me into the snow after school, and more. Boys did and said things to me that I still believe largely played into my same-sex attractions and my years battle to believe God loved me and that anyone truly liked me......something I still struggle with. My own cousin tried to shove a pencil up my nose as I was held down by other boys....and these were junior high and high school boys. 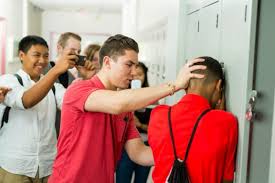 And then it carried over to Bible college for a couple of years.

But you know what? It never entered my mind to take one of my dad's guns to school and start blowing my tormentors away. Never. I often look back and wish I had fought back and wonder how I would have turned out if I had instead of just taking it and trying to hide from bullies. Stuff like that just didn't happen back then. If it had, would I have been one of those messed up kids responsible for a school shooting? I like to think I wouldn't have. I was a pretty good kid. I was raised in the church. My family did a lot together. We had family devotions. I came from a family that hunts....dad, cousins, uncles, grandpa.......all the guys except me......but no one from my family has ever taken a gun and shot someone.

Guns and hunting were talked about in school. Go back far enough and boys had guns in their cars parked on school property..... and never took them into the school to kill someone. What changed? As I said in my Facebook post, guns didn't change.

God is the ultimate answer to everything. No matter how far I have strayed from Him at different times in my life, there has always been that deep seated belief. God used to have a place in our country. They prayed in public schools. Our politicians mostly had a respect for God, His laws, and His Word. Most businesses closed for the Sabbath Day and most people went to church. There may have been bad on TV, but nothing compared to what we have now. 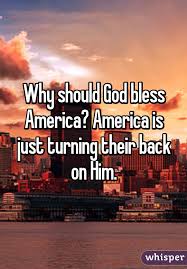 But God has been kicked out of the public schools, and if a teacher dare brings God or the Bible up, he or she will most likely be fired. Hollywood mocks Christianity and God, and puts the most vile stuff on for people's viewing pleasure. Sex isn't for marriage anymore, and no one expects kids to remain virgins, and they are even encouraged to experiment with the same sex. We murder babies daily while one political party celebrates those murders and has that "right" as part of their political platform.

Perversion is marched down our streets in the name of "pride", and anyone who dares hold to the Bible is mocked and branded hateful. More and more Christians and churches are embracing sin and claiming God is OK with it. Kids as young as toddlers are being encouraged to be the opposite sex, in spite of the increased chances of suicide, and the fact that many regret the attempted change.

TV has become more violent and vulgar. Social media is a place where people feel free to be hateful and bully others. 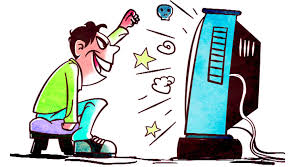 Daily, America embraces more and more evil and vulgar practices and sin. We as a country don't want Him, His outdated laws and books, and certainly not his archaic sexual practices.

We decry sexual assaults on women, while raving about movies like the 50 Shades trilogy that glorify what we are decrying.

We scream about protecting out kids from guns, while exposing them to all kinds of vile perversions, encouraging kids to be sexual, to change their gender, to murder their babies, and to not have to be responsible for their actions.

Pedophilia is becoming accepted by more and more people, and will likely one day be legal if we keep going down the slippery slope godless liberals and others keep pushing us down.

We have lost respect for life.

Respect is not taught, and the liberal media screams how evil cops, white people, and men are.

Marriage has become rare, and people would rather shack up instead of committing to a lifelong marriage relationship with anyone.

We have made a mockery of God's ideal for marriage with easy sex, shacking up, divorce, multiple marriages, and gay marriage.

Marriages don't last, and selfish parents wreck havoc on their kids because they care more about themselves than the spouse they promised to love forever or the kids that came as a result of that marriage.

Kids grow up in homes without fathers, and are daily reminded by Hollywood that fathers are stupid and unnecessary. Boys grow up without the fathers they desperately need, either having no father at all, one they see on weekends and holidays, or having one absent emotionally.

Video games have gotten more violent, and some kids and adults barely function outside of a virtual world they are addicted to.

America has become more and more evil and godless, and we dare wonder why He stands idly by and lets school shootings and other violence happen?

We could grab and melt down every gun in America, and nothing would change. Mentally ill and evil people would still find a way to kill and destroy. It has always been that way, but as long as we kick God, His laws, and His Word to the curb and allow evil godless people to push our country down the path they want, nothing will ever change.

And ultimately, only one person is responsible when a shooting like these happen: the shooter. We all make choices how we deal with stuff. I made choices....not all good, but I sure didn't choose violence as the answer to my bullying. 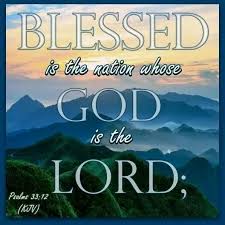