Be a Barnabas....or an Avis 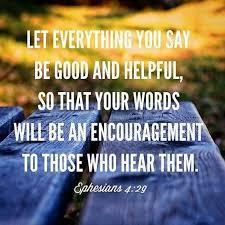 There are people in the Bible we know a lot about, and some who take up a lot of space in the Bible. There are also some who are rather obscure, such as Barnabas. I looked up him on Biblegateway.com, and was surprised to find he is actually mentioned 39 times in the Bible, and all in the book of Acts. I also discovered that there is also more information on him than I remembered, and that is because Barnabas is remembered for one specific thing. Did you know that Barnabas wasn't his real name? His real name was Joseph, but he was nicknamed "Barnabas", which means one who encourages, or son of encouragement.

So when I say to be a Barnabas, anyone who knows their Bible very well is going to know what I mean. And what a cool thing to be known for. "Hey, there's that guy who is always encouraging people." What would our name mean? What if I said be a John, Mark, Donald, Joe, Martha, Cindy......

I doubt there are many people who are so encouraging that when their name is mentioned, people think of that trait. There is a lady who does come to mind for me. Avis Blowers. She is a Facebook friend who I have met. I was at their house a few years ago for supper, and man is she a good cook. And I have an open invitation to go back. Avis is married to Marvin, brother to my former pastor, David Blowers.

Social media is an awesome thing, yet isn't used for good by so many......even Christians. It has been so nice to have had it during this quarantine time, but so many people are negative. Social media has been full of doom and gloom about the virus, and now it is flooded with people's reactions about the guy's death in Minneapolis and about the looting by so many criminals. Why do so many Christians feel the need to spread bad news and negativity? 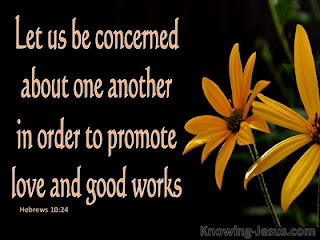 Back to Avis. Her Facebook page is full of encouragement and positive things. She never gets political, except a few months ago when she took Trump to task for his saying he is full of un-matchless wisdom. She even had a page just for that kind of stuff (positive, not political), but it got shut down for reasons no one knows.  Here is a little glimpse into her recent posts:

1) Post about God's unlimited resources and benevolence, with a gorgeous picture
2) a picture of a sunset
3) a Max Lucado quote about pride and humility
4) A nice quote by Harriet Beecher Stowe about God being near

I could go on. Post after post by this gracious lady. But go to the average Christian's post, and there are posts condemning politicians we don't like, rants about cops and/or racism, corona stuff, and more.

If Barabas were alive and had social media, I believe his posts would look a lot like Avis' posts. positive, encouraging.

And I am not saying we shouldn't address other things, but if the majority of our posts are political and about negative things, aren't we rather pathetic Christians?

We all need encouragement. I am a single guy who is lonely a lot, has depression, struggles with the very difficult issue of same-sex attraction....discouragement is my home, not just a place I visit. But I am not an exception to the rule...everyone gets discouraged at times. I bet even Barabas got discouraged, but he still encouraged people.

What if we all tried to be more encouraging? What if we used social media for good, instead of pushing our politics or giving our opinion on the latest horrible news story? What if most of our Facebook posts were positive, and people could look at them and they would resemble Avis' posts, or what Barabas would post? 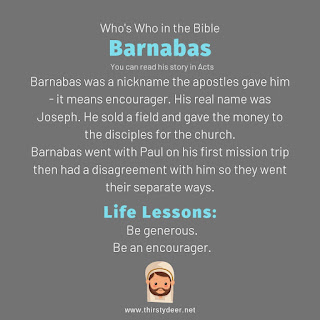 A few weeks ago, a long time friend of mine sent me a card, saying she knows how hard it is for me to be off work and alone. Now I am not hinting for people to send me cards, but that was a very nice thing to do. (Thanks Christy!) But what if we all did things like that year around? It doesn't cost anything to encourage someone, and if we want to do something tangible, it doesn't have to cost much. A favorite candy bar or snack with a card would make anyone's day.

I used to speak occasionally in church to the youth, though others would be in the service too. Back in November 2004, I spoke on encouragement. The notes are saved on my pc, and that is the date....believe me, my memory is not that good. I was actually surprised that I still had them. I am going to put some of them below, as I have ideas on how to encourage and who to encourage. Don't be a negative Nelly or political Paul. Be a Barabas or Avis. Be an encourager. 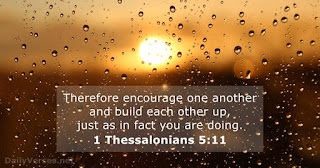 The story is told that one day Satan was selling off some of his tools. All sizes and prices were available. There was one small tool that had an extremely high price on it. When asked why the high price for such a small tool, his reply was that it was his most often used, and most effective tool - the tool of discouragement.

Of course there never was such a sale, but discouragement is one of the devil’s best tools. It seems if he can get a Christian discouraged, they become ineffective, and for a lot of Christians who give up and stumble, it is all started by discouragement.

The charismatic churches emphasize spiritual gifts a lot, but they are Biblical, and I think some people have the gift of encouragement, and even if you don’t, everyone needs to practice it some.

A. Yourself
The first person you need to encourage is yourself - not a selfish thing- if you are discouraged, you cannot help others.


1. Prayer: It should be our first action and resource when we are discouraged and down about something

2. Bible - it helps to have favorite scriptures that mean a lot to turn to when you are discouraged - Jeremiah 29:10-12

Also, a Promise book of scriptures by topic is a great idea to keep on hand, and also a good devotional (Joni Earaekson Tada).

3. Church-regular church attendance to all services is a great help to stay encouraged- plus being around people who believe like you helps a lot - (Bush rally)

4. Thanksgiving & Praise-it is pretty hard to stay discouraged and in the dumps if you start thanking God for all the good things in your life, and praising Him for all His goodness - Praise His Name

5. Music-sometimes popping in a good CD helps a lot. Some songs just seem to encourage you more - Southern Gospel - songs that make you tap your foot

1.Pray for them - sometimes tell them you are. Especially if someone is going through a hard time and you know it

2. Call, text,  or email, or send a card -it is amazing what a phone call or email can do for someone (card from Paul)

3. Feed them - having someone over to chat and/or to eat can do wonders

4. Compliment people and tell them you appreciate them - so many people are letting down in areas, let those who are staying true know you appreciate it

5) Give them a small gift of a candy bar, snack, gift card, etc.

C.Encourage your pastor:-no pastor is perfect, but there is always something to do to make him feel good

2. Compliment him on messages - especially if one really helped you or stood out to you

3. Have the pastor and family over to eat. Or take them out to eat if you can't cook.

4. Drop him a card, or even a small gift - especially on Pastor Appreciation Day

5. Offer to help out wherever needed - and if asked to do a task, do it cheerfully